I’ve joined with an amazing group of fantasy and paranormal romance authors to put a great batch of books on sale for the Halloween season. Over the next two weeks you can get these great reads for just 99¢ each.

The sale includes my book, There’s No such thing as Werewolves.

Yes, it’s just 99¢! What are you waiting for. Click that link above.

You can also read it free on Kindle Unlimited.

And if you get around to reading it, I would love a review on Amazon and Goodreads.

I’m happy to announce today that I’ve joined an amazing group of fantasy, sci-fi, and paranormal authors that will be offering select books for free this weekend. Three days only, so get your copies now, including my book, There’s No Such Thing As Werewolves:

There’s no such thing as werewolves…right?

Jack Hughes is cursed. Each full moon, he turns into a blood-crazed, hairy, wolf-headed creature. He’s learned to cope by locking himself in a cell each night to keep the creature from breaking free. It’s a dark secret he’s not willing to share with anyone. Then one moon-bright night, the creature inside him breaks free of its cell.

Sorceress Anna Brown is one of the leading experts on demons for the Arcanists. She knows Jack’s secret and how to help him…if he’ll let her. But the local demon lord is after Anna. She has a power he wants to control. Does she have enough magic to save Jack and keep the demons at bay?

There’s No Such Thing as Werewolves is book 1 of the Demon Gate Chronicles, a romantic urban fantasy series with demons, witches, ancient evil, and definitely NO werewolves…maybe.

Get this book and so many more free reads by going here: https://books.bookfunnel.com/firstinseriesfreefantasybooksale/4w9ysgtvi4

Tis the season, and a perfect time to check out my Demons Gate Chronicles. I have recently repackaged the series, returning to its original titles and updating the covers, so if you already have Awakening, Alliance, and Annihilation, you have the series. The new (older) titles are There’s No Such Thing as Werewolves, The Forsaken Templar, and Seeds of Immortality. And they have some beautiful new covers.

Link to the series: https://www.amazon.com/gp/product/B074C9F59Q

If you haven’t picked up this set yet, now’s a great time to pick one up. The kindle version of There’s No Such Thing as Werewolves is just 99¢ now through Sunday.

And, as always, the series is free to read on Kindle Unlimited.

To celebrate the haunting season, I’ve partnered with a bunch of other great authors offering free and 99¢ spooky reads:

Check out some amazing stories at great prices here: https://books.bookfunnel.com/spookyseasonpromo/1h32315wo0

I’m the first to admit when I make a mistake…well, maybe not the first...but eventually I concede…most of the time.

Anyway, I thought the reboot of my Demons Gate series would be on track, but I realize now that it probably wasn’t. the covers were too ‘artsy’ and the names too obscure…and sales fell flat.

So, we’re going back to the original titles for the books and I’ve commissioned some new covers.

So, Awakening, Alliance, and Annihilation are now all out-of-print. The new books are the same stories, just repackaged.

And if you haven’t read these stories yet, you can find them here:

There’s No Such Thing as Werewolves – https://books2read.com/u/mYGWQx 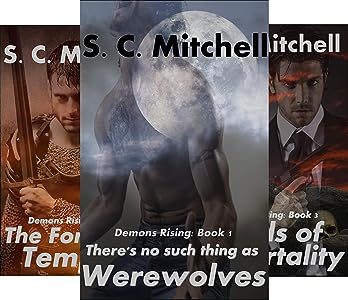 It’s Halloween season and time once again for our annual Adopt a Werewolf campaign. They’re furry, they’re sexy, and you know you want one.

I’ve got hundreds (maybe thousands) of these fluffy, cuddly, homicidal creatures packed up and ready to go. Quite frankly, the howling and snarling is starting to get on my nerves. And now is the best time to adopt your very own werewolf. 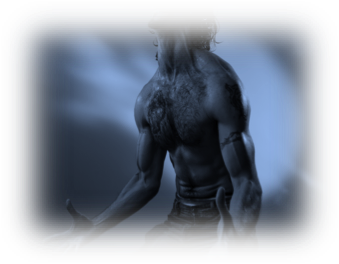 The wonderful people at Amazon.com had graciously consented to send them out #FREE to your Kindle or Kindle device. You simply have to stop by their site and click one button to have one winging it’s way.

That’s right, There’s no such thing as Werewolves is once again #FREE now through Halloween. 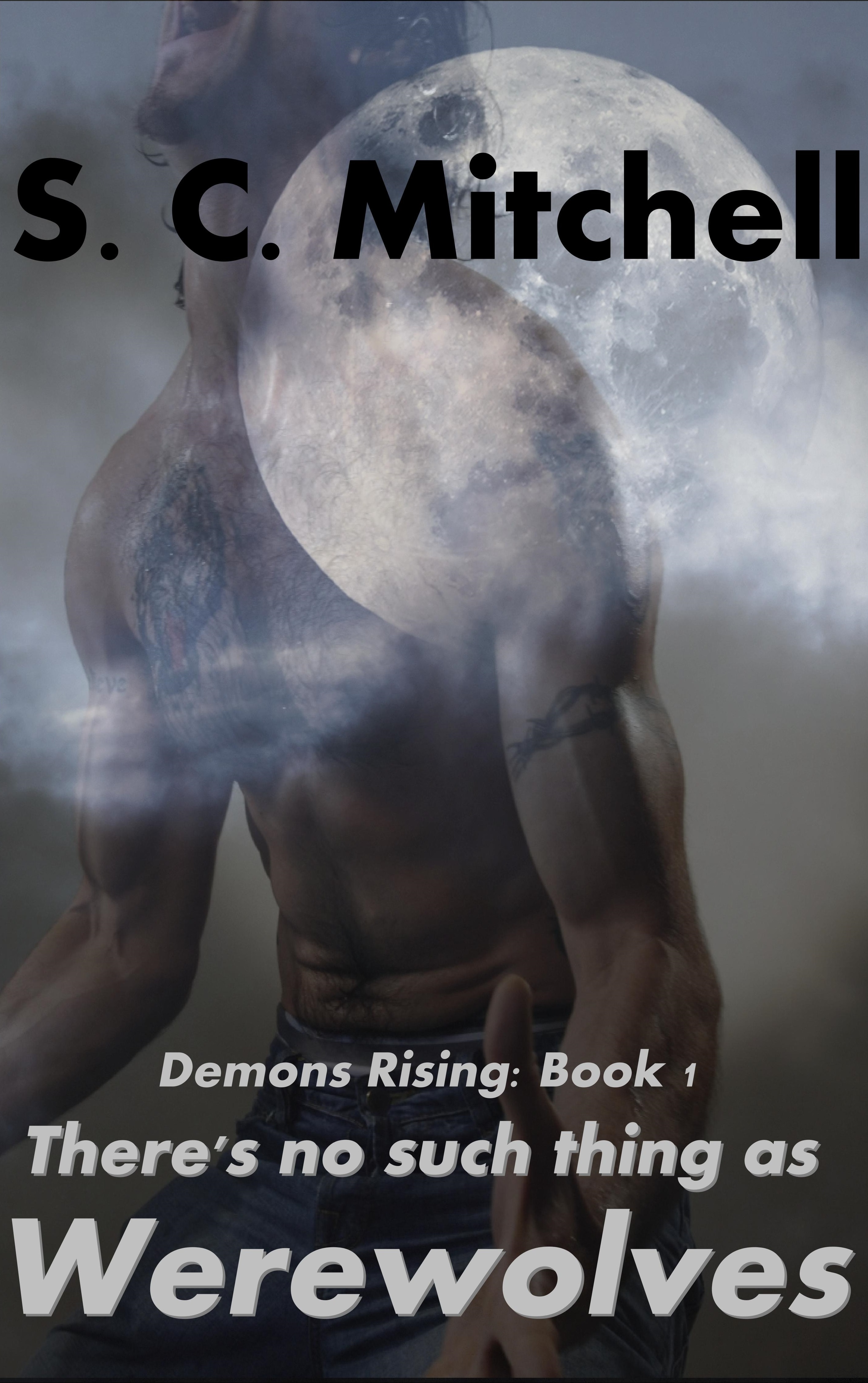 Get your before they’re all gone at: https://www.amazon.com/dp/B007KAE45A

Our topic today comes from the amazing A.S. Fenichel – Choose one of your books and tell us where the idea came from. Was it a dream, an overheard conversation, did it spark from a previous book you wrote? How did the idea come to you and how did it evolve into a full story. If you want to share a snippet, that would be awesome too. 😀

When I wrote my Demons Rising series I actually wrote the second book first, as a stand alone novella. It was that story, and one particular character, that inspired the series. Though the series features three separate romances, it’s really the story of Nathan Gray, the sorcerer who is so much more. He entered The Forsaken Templar tale a full-blown mystery man and I realized I needed a prequel story to fully flesh him out, so There’s No Such Thing As Werewolves was born.

Here’s the way Nathan first appeared to me (From The Forsaken Templar):

With a crack of thunder the doorway to purgatory slid open, ripping the bonds of reality. Through the mist a gaunt, old man stepped between the world of the living and the world of the damned. Nathan Gray was seeking a soul.

His crisp black suit and clean white shirt seemed an ordered contrast to the chaos around him. His stilted walk was slow but purposeful. It was not his age that he felt, but rather the weight of humanity resting on his shoulders.

A thousand voices cried out in hope – so many souls, doomed to spend eternity in torment. Nathan hardened his heart against the assault on his senses.  He knew the one he sought. Geoffrey le Court had never once called out to him. Yet, of them all, Geoffrey was the most deserving of redemption.

He started as a minor character, and quickly grew to dominate the series. So who is Nathan Gray? A good place to start answering that question is right here: https://www.amazon.com/gp/product/B00XLWPENC/ref=series_rw_dp_sw

Now through Wednesday I’ve put There’s no such thing as Werewolves up for FREE:

Just in time for Halloween, I’ve put There’s No Such Thing As Werewolves up for FREE now through Friday at: http://www.amazon.com/dp/B007KAE45A

Today I’m kicking off my #DemonSummer with a special price on There’s No Such Thing As Werewolves. Just 99¢:

There’s no such thing as Werewolves

Anna Brown is a sorceress, and one of the leading experts on demons for the Arcanists. She knows how to help Jack shed the curse that plagues him, if he’ll let her, but the local demons are after Anna. She has a power they want to control. Does she have enough magic to save Jack and to keep the local Demon Lord at bay?

Jack Hughes trusts Anna to free him from his curse, but he doesn’t realize the danger she’s in until it’s too late. When Anna is captured by demonic creatures Jack realizes that the only way to free her is to embrace the beast he so wanted to be rid of. Can he save her under the bright, full moon or will demons from a dark dimension destroy them?

There’s no such thing as Werewolves is the opening salvo in the Demons Rising saga. It’s a love story between two special people who live in a very dangerous world.