Since the publication of Son of Thunder, I’ve been on a roller coaster ride of publicity, trying to do everything ‘right.’ Then about three weeks ago it hit me. I don’t have to be like other authors. I’m not hungry for fame or fortune (though I wouldn’t turn it down if it found me). I don’t need to be on this hamster wheel. 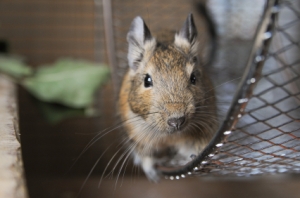 I’m in the unique situation of not having to make anything from my writing. It’s not the reason I started writing, but somewhere along the way I got caught up in the whole I-need-to-make-money-to-be-successful thing.

I used to write because it made me happy. Stories bubbled up inside me, begging to be put on paper (well, in the computer). I would lose myself for hours in other worlds, exploring characters and the crazy things they did. At some point I lost that bliss. I started regular writing sessions (where many times I would stare at a blank page for hours), scheduling what I was going to write (instead of letting the story draw me in), and avoiding writing by pretending social media was actually part of the writing process. In short, I turned my hobby into my job.

I’ve read a number of articles that state the best way to publicize your published work is by writing your next book. I think that’s a good piece of advice and that’s what I’m going to start doing, losing myself in my writing and finding that bliss again.

So I’ll be blogging less, tweeting less…being less ‘social.’ I was never very good at it anyway.

Oh, I’ll still post here occasionally, but only when I really have something to say, not because I have to maintain my ‘platform.’

So, thanks for stopping by, but I have to go. There are characters screaming in my head that I need to go socialize with.

8 thoughts on “Getting off the hamster wheel and finding my bliss again.”